Prison School (, Purizun Sukūru⃝ℹ) is the anime television adaptation of the manga Prison School by Akira Hiramoto, produced by J.C.Staff.[1] The plot centers around Hachimitsu Private Academy, a revered and elite once-female boarding school on the outskirts of Tokyo which undergoes a recent policy revision to allow boys into the student body.[2] On his first day, Kiyoshi Fujino discovers that he's one of only five boys enrolled at the school, and the boys are completely overwhelmed by the thousand girls on campus.[3] The story focuses on their attempts to stay inside the school and integrate despite a number of incidents and resistance from girls and the Underground Student Council.

The managing staff of the production team are listed here.

The first season of the anime, produced by J.C.Staff and directed by Tsutomu Mizushima, is twelve episodes in length.[4] The first episode premiered in Japan on Tokyo MX at 25:05 JST on July 10th, 2015 & underwent airing on Nippon BS Broadcasting Corporation, KBS Kyoto, Sun TV & TV Aichi on July 12th & July 13th, 2015 respectively.[5][6] Funimation has licenced simulcasting of the season in subtitled form for the North American market,[7] and have licensed a dubbed version of the season which premiered on 12th August, 2015.[8] The season has been licensed for uncensored simulcasting in Japan online on a subscription-only basis by Niconico. The season also has been licensed for subtitled simulcasting by Viewster in the United Kingdom,[9] and Madman Entertainment in New Zealand and Australia.[10] The season will be released in six DVD and Blu-ray two-episode volumes by Warner Bros. Entertainment.[4] While no official announcement has been made on the release of Prison School season 2, series director Tsutomu Mizushima posted on Twitter that (translated from Japanese into English): “I don’t know about a 2nd season. I want to do it, but…” The show has therefore not been officially canceled, but its future is not too clear either.[11]

This Funimation dub cast list is correct as of 24th September 2015.[8]

This section is a list of all the episodes of the Prison School anime. 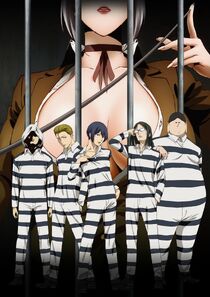 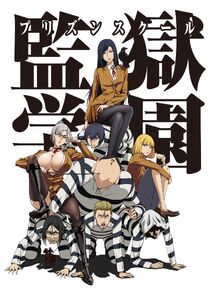 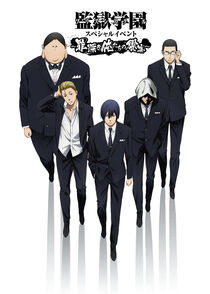