Mad Wax (マッドワックス, Maddo Wakkusu⃝ℹ) is the first OVA episode of the Prison School anime, released on March 4th, 2016 when it was bundled alongside the limited-edition twentieth volume of the Prison School manga. The OVA adapted the six-chapter story arc which explores the activities of the newly-freed first-year schoolboys from internal imprisonment in the academy's Prison Block and the imprisonment of the Underground Student Council.

In the school courtyard, schoolgirls are shown flocking towards the school noticeboard, where the imprisonment of the three senior Underground Student Council members by the Aboveground Student Council has been announced. Inside the Prison Block, Kate Takenomiya's order to change into prison clothing is ill-received by Meiko who angrily objects to her disrespect of Mari. When the compliance of Mari prompts Meiko and Hana to follow suit, Kate's request for Risa to search her provokes the other two into attacking her. The verbal altercation between Mari and Kate after the former defuses the situation reveals that the Aboveground Student Council are to monitor them with the permission of the school chairman.

In the school canteen, the five first year boys are enjoying their freedom eating their lunch. However, an injured Kiyoshi is still recovering from a broken arm after Hana's vengeant scissorkick two days before. Though the boys are concerned for Kiyoshi and express their disdain at Hana's violence, he still harbours guilt over his deception. When a newly-arrived Chiyo interrupts his memory of the kiss, his alarm surprises Chiyo and he is forced to excuse his exclamation. To the collective anger of the other boys, Chiyo begins to feed Kiyoshi - with permission from the school to nurse him. The idea catches on when Anzu begins feeding a protesting Shingo, only further enraging them. In her conversation with Kiyoshi, Chiyo reveals that the full extent of the Underground Student Council's violence is unknown. When even Andre recieves the attention of other schoolgirls, an enraged Gakuto leaves a dejected Jo alone in the canteen.

In the school library, Gakuto discovers a rare Three Kingdoms historical novel only to be beaten to the novel by a female student. The attempt he makes to surreptitiously leave the aisle fails when the student asks to read the novel with him to his shock and he accepts. Though Gakuto is confused by her knowing his name after he gets Kongming in a Three Kingdoms themed personality test, he voices his doubts about her association with him after she refers to his self-defecation. However, she introduces herself as Mitsuko Yokoyama - before causing a bookshelf collapse and losing her underwear in her attempt to recommend a book to him. In the school gardens, Jo is walking his ants when he is forced to dive below a girl to save the insect. The elation of Gakuto at freedom from the Prison Block is ironically of the utmost contrast to Jo's dejection.

In the boy's dorm, the other schoolboys react with shock to the news of Gakuto's new love interest and his sight of her rear. The boys' insults at her inelegance and accusations of indecency towards Mitsuko are to Gakuto's strong annoyance. While Gakuto refuses to answer Kiyoshi and Shingo's continual verbal harrassment, Jo takes a sleeping tablet and then leaves the room only for Andre to follow. On the doorsteps to the boy's dorm, Andre's attempts to convince Jo to return inside fail when he explains his social isolation and leaves into the night. The next morning at the entrance to the girls' dorm, Jo's attempt to physically harass a girl and return to the prison compound is intercepted by a concerned Andre. Though Andre questions his intentions, Jo rebuffs his emotional concern for his behalf.

In the school corridor, Gakuto meets Mitsuko at the library in front of the entrance. Though a entranced Gakuto believes that she has the tastes and graces of a lady, the potted plant catches on her underwear and slides it down when she helps him collect his books - deepening his suspicions of her clumsiness and embarrasing her. The next day in front of the library, a prone and shocked Mitsuko explains her sighting of an unclothed and roped male to Gakuto. When Gakuto comforts her and they find a dog outside the girls' dorm, the dog's leash is wrapped around her after it chases a cat. The roped male is identified by Gakuto as wearing tortoise-shell bondage from Mitsuko's description of being bound in a similar fashion to the nudist. The male is revealed to be Jo when he steels himself within a toilet. When rumors of an unclothed and roped degenerate on school grounds spread across the school to Andre, he discovers the rope in his dorm to be missing.

In the school corridor pursuing Jo, Andre correctly deduces with some masochist profiling that Jo's target is the pool locker room of their previous voyeurism and goes to intercept him. In the school corridor, the dog returns before pushing her onto a trolley of wax drums which spill their contents on the floor. With the momentum of his sliding motion, an inspired Andre exposes his skin to increase his speed and intercept Jo. However, Jo is distracted by his cupcake-toting classmate Satou only for Andre to crash through the door wearing the rope. While Andre recieves a violent beating at the hand of the pool locker room's disturbed female occupants, Mitsuko and Gakuto accuse Andre of being the unclothed degenerate to Jo's guilty shock. Though this aligns with Kiyoshi and Shingo's suspicions, a pleasured Andre enjoys the physical mistreatment of the girls in the locker room. The satisfaction on all counts by the five schoolboys is noted by Andre as Jo also found a love interest. 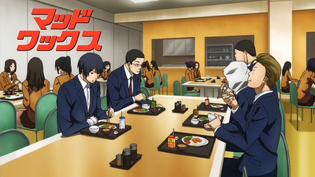 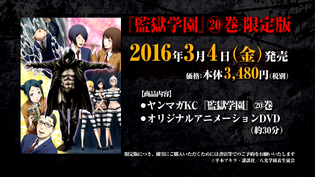 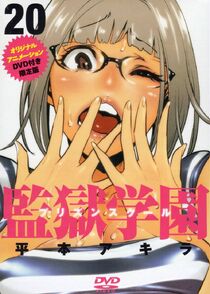 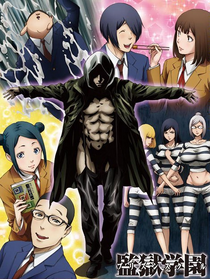 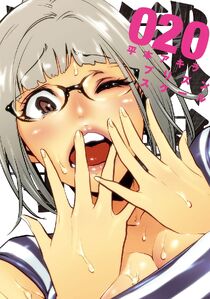