Ai no Prison (愛のプリズン, Ai no Purizun⃝ℹ, lit. Prison of Love) is the song featured in the first opening of the Prison School anime, with vocals by Kangoku Danshi. The song was released on August 5th, 2015 as a ten-minute CD single in full, television and instrumental form.[1] The song was also featured in the TV commercial for the first season.

After the opening intro accompanied by USC members Meiko and Hana beating the boys & a moving camera shot of the Prison Block interior, the opening song begins with a horizontal pan of the Prison School logo overlayed across an image of the five first-year boys. The pan fades out to black followed by an image of the Prison School logo in glass with kanji in white and kana in red. The image is followed by a montage of breaking glass rods and lightbulbs, preceding a group mugshot of the five first-year boys from multiple directions. A breakout scene commences where the boys break through a barbed wire fence and wall to jump through & escape into the school grounds. However, their escape is interrupted by the USC senior members armed with a powerful searchlight. The breakout scene is followed by a art montage of Meiko and Hana beating the boys, each seperated by images of the Chairman. After a revolving outwards zoom from the Prison Block at night, crows are shown flocking above the main building of the academy. The five first-year boys are shown inside a prison cell at night. A montage of character art for Meiko, Hana and Mari follows, before a scene of Chiyo turning around. The opening ends with the boys overlooking a desert canyon at sunset, and their prison overalls turn into school uniform as the camera revolves around them. 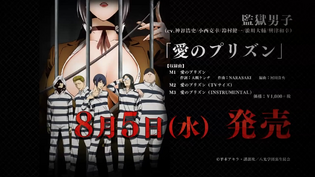 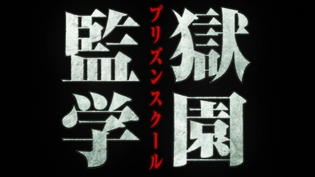 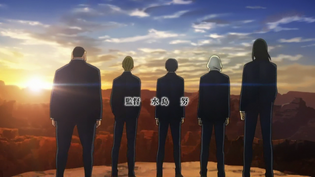 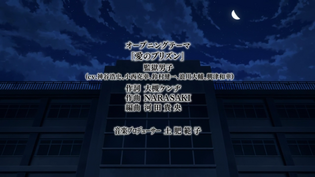 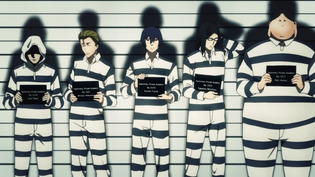 Opening still of the 5 Boys 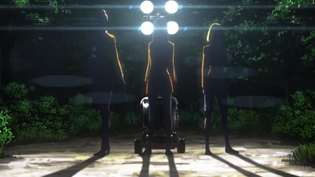 Opening still of the USC 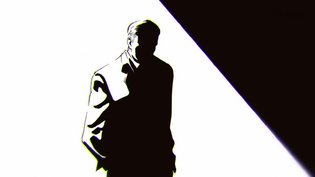 Opening still of the Chairman 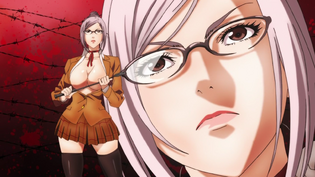 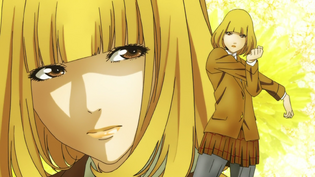 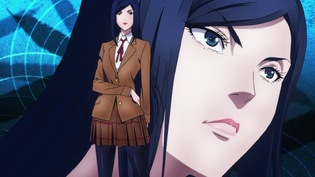 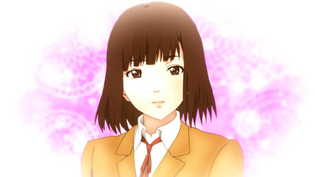 The CD single was released by Warner Records Japan and had three tracks with a total length of 10:04.[2]

The English version of the lyrics are the work of Funimation Entertainment.