The Aboveground Student Council (, Omote Seito-Kai⃝ℹ), nicknamed the ASC, is a fictional organization in Prison School and the official student council of Hachimitsu Academy. The organisation manages the extracurricular activities and student clubs of the school. In contrast to the vigilante Underground Student Council, they have a low status in the school and lower popularity, with their school office in a wooden shed in the school grounds.

Thus, the USC loses control over the school's yearly extracurricular agenda to the ASC, who replace the Wet T-Shirt Contest with a clamming trip. The Student Council then plots to take down the USC by subterfuge through numerous plots engineered by President Kate Takenomiya:

With help from Kiyoshi and the boys (to save the Wet T-Shirt Contest), Mari secretly plots to nullify their subterfuge by recording a video of her with Kate in compromising conditions to nullify the leverage the video gave Kate over the USC, and acting to protect both Hana Midorikawa (by using her as a mole) and Meiko Shiraki (by having her released from prison). When the day of the Sports Festival comes, Kate accepts Kiyoshi's inclusion in the USC team and uses Risa to manipulate Andre, turning Andre into her mount in the All-Student-Council Cavalry Battle.

The Cavalry match resulted in the destruction of the prison and a draw. Although neither the ASC nor the USC were forced to disband, the ASC are forced to move back to their old office.

By imprisoning the USC, the official Student Council gains the roles associated with it in the student body, including control of the school's Prison Block, the yearly extracurricular agenda and school trips. Through the actions of their President Kate Takenomiya, they gain influence in the school system and control over the student body. 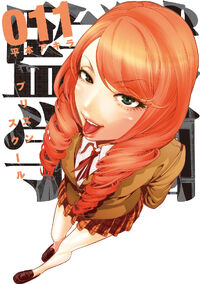 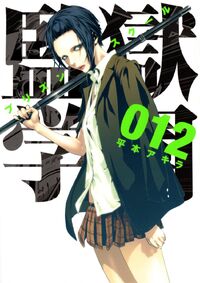 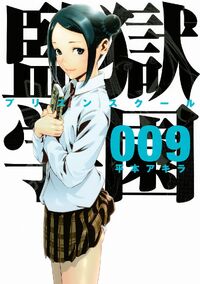 The Official Student Council, as they appear in the anime. 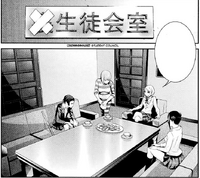 Retrieved from "https://prison-school.fandom.com/wiki/Aboveground_Student_Council?oldid=18329"
Community content is available under CC-BY-SA unless otherwise noted.